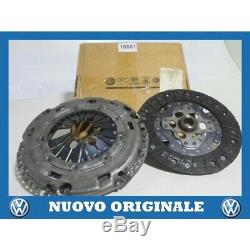 Most parts are sold online and shipped to the buyer. We also operate in foreign markets. Our national / international services. We buy stocks at auto parts store closing and bankruptcy proceedings. All products are photographed in detail and the pictures are exactly the spare part sales. It is always said if there is a spare, original or compatible. All shipments are entrusted to the best Italian and fast express. We accept the following payment methods. The new spare parts we offer are the result of selection and careful cataloging by a competent and specialized personnel. The product description clearly shows the status of objects with detailed pictures. Data will be stored at our headquarters: \processing of the data provided or otherwise acquired as part of our activities, can also be carried out by subjects to which the right to access your personal data is recognized by law or secondary legislation and / or community.

At any time, you can request the modification or cancellation of the above data. Purchases made on the site. Are governed by Italian law on mail order. The company camo group of angelo moccia will replace the replacement or refund fees within 10 days from the receipt of the goods.

The reason for return must be valid and above will be refunded only if damaged, ineffective or unusable. Before leaving a negative comment, contact us and we will be happy to solve your problem. FYI sct photo and do not hesitate to contact us.